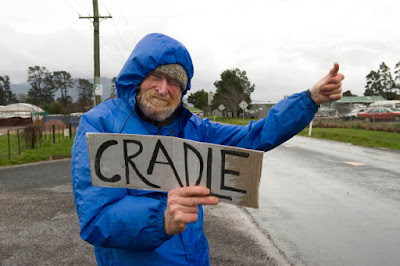 THUMBS UP ALL THE WAY :) 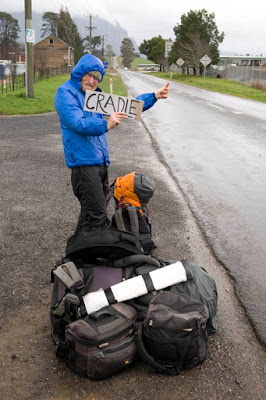 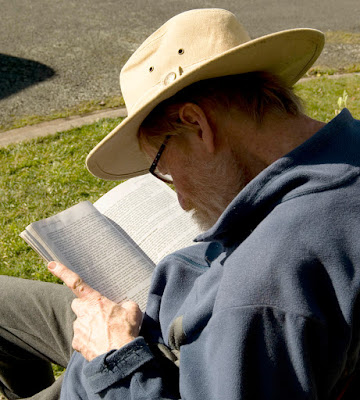 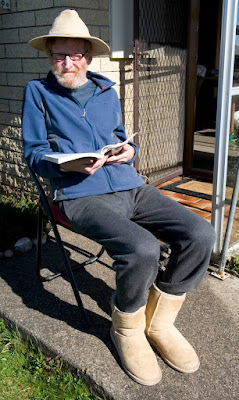 RESEARCHING FOR HIS BOOK 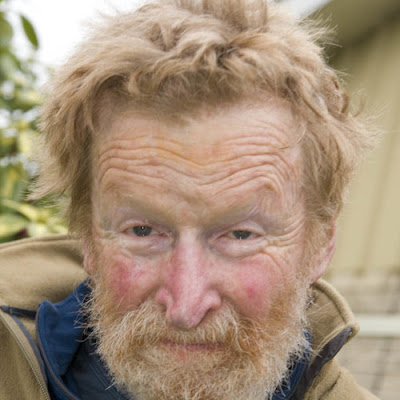 JUST BACK FROM KANGAROO ISLAND 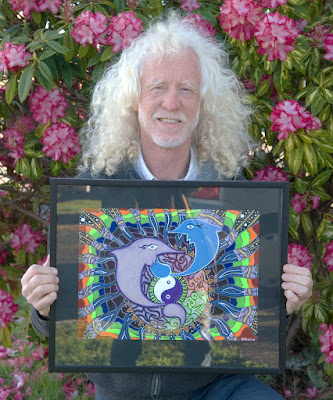 PAINTING THAT LIESBET AND I GAVE ROB IN 2008 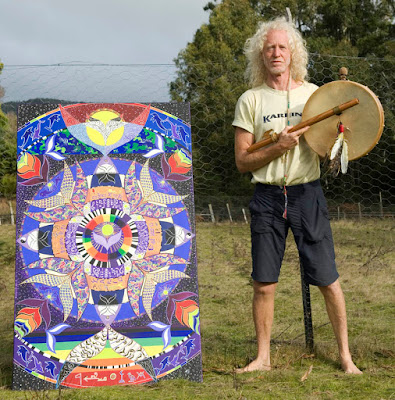 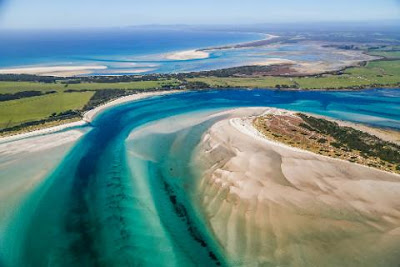 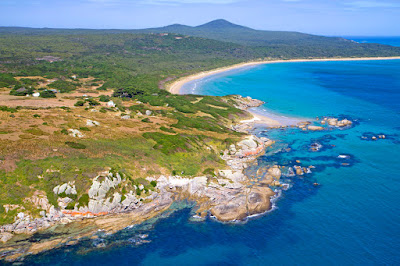 PART OF THE HUNTER GROUP OF ISLANDS

When I visited Tasmania in June 2018 I got to catch up with my great old friend and soul brother Rob Alliston who used to live at Lorinna and was responsible for inviting me there in the beginning. For the last couple years he'd been living in a care facility in Sheffield, the town of murals between Lorinna and Devonport on the north coast.

Seeing Rob was great. He'd been battling Parkinson's disease since before I got in touch with him in 2003, but was holding up quite well. In June when I saw him he was using a walker to get around but when I arrived he had just had a fresh hair-cut and was getting ready to do some visiting in the facility.

We sat down and started reminiscing about our adventures of the past decade, the art I had done for him, the time we hitch-hiked to Cradle Mountain in a snow storm, when I stayed with him in Sheffield and he fell and had to go in the hospital. I asked him about the book he'd been trying to finish for several years and he said he'd made a lot of progress. Rob grew up on Three Hummock Island, a member of the Hunter Group off the northwest coast of Tasmania, and we'd been planning to go there together some day.

We made a plan to go to Three Hummock when I came back to Tassie next, as I've never been there. Just as I was about to leave, Rob got really serious and asked if he could share something important with me. His tone of voice concerned me and I listened very attentively to what he had to share.

He told me that he had recently overheard some of the doctors there talking about euthanasia, and they were talking about doing it to HIM. At first I thought he was joking but when I saw he wasn't, I pressed him to make sure he hadn't been imagining things or misunderstanding what they said, but he was adamant that this is what he heard. Even though Parkinson's is not known for dementia, I'd always been on the lookout for signs in Rob but had never detected even the slightest hint of it.

I asked what their possible motivation might be, as he was not a trouble-maker (au contraire, a popular personality on the ward), everything was paid for, and they had no shortage of empty rooms. I was deeply concerned and so was Rob. He said that I was the only person he'd told this to. His other friends and family are quite conservative to say the least, but he and I were on the same page with just about everything. A big part of our connection was our mutual love of the whales and dolphins and of the indigenous people of Australia. I had interviewed him three times for my radio show about his life and experiences in Tasmania and Australia as a whole.

This was June. Rob was in as good a health and high a spirit as I'd seen him, only using a walker a bit but other than that good as gold. Imagine my shock and horror to get an email in November telling me that he had passed away...four months after he told me the euthanasia story.  I had known him for over 15 years.

ON THE BRINK INTERVIEWS WITH ROB FROM 2014 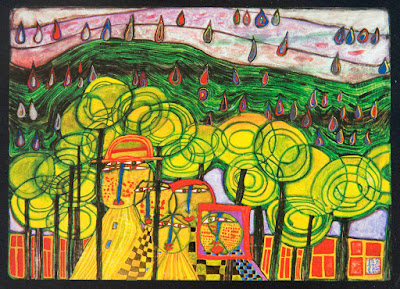 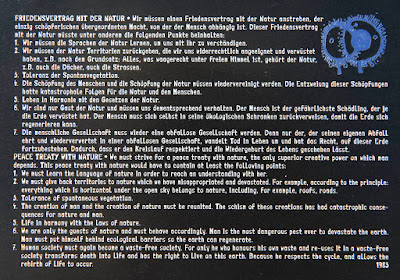 A HUNDERTWASSER CARD I GAVE ROB
Posted by Jeff Wefferson at 1:26 AM