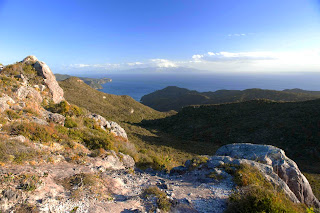 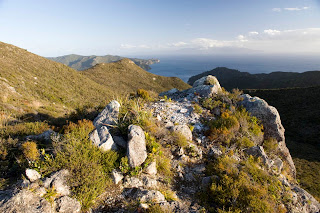 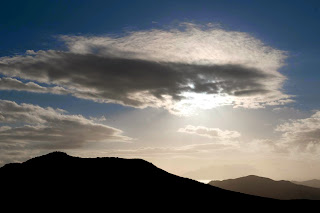 A POWERFUL WINDOW OF TIME, 'DAY OUT OF TIME' IN JULY
TO SPRING EQUINOX IN SEPTEMBER 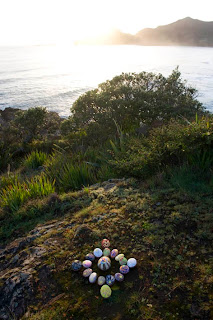 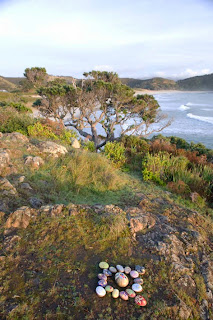 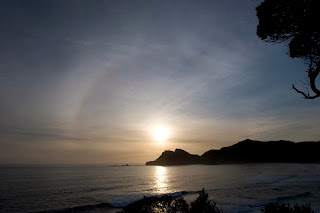 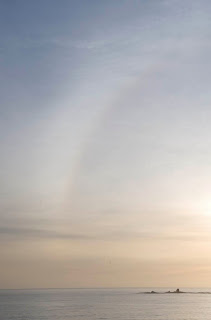 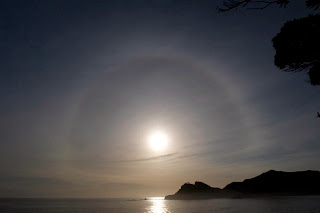 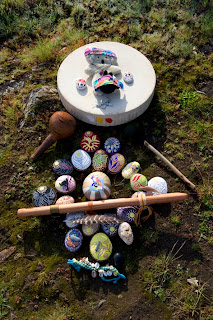 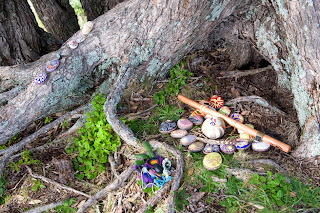 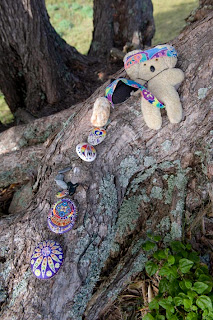 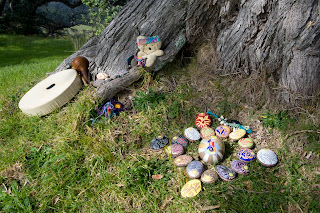 CREATURES & GEAR AT OTHER POHUTAKAWA TREE 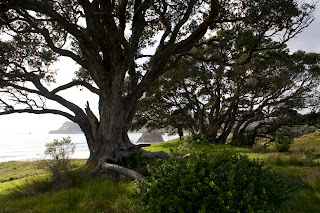 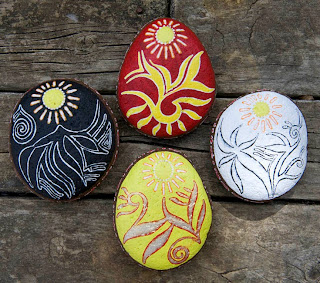 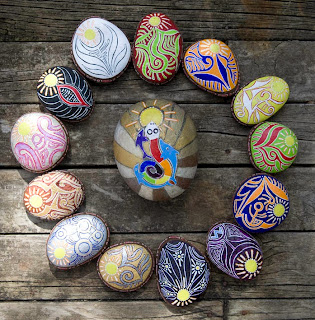 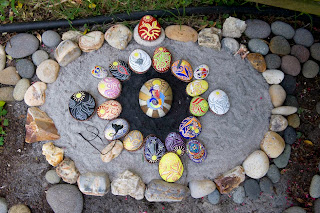 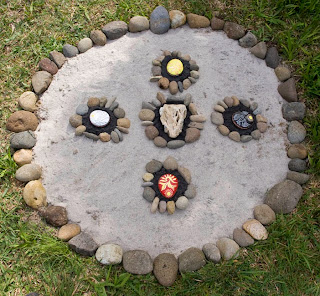 Australia and New Zealand begin their seasons on the first of the months that have solstices and equinoxes, but I've been telling them for 13 years now that the seasons are defined astronomically and don't really start on the first of any month but at specifically-defined moments in time that have to do with planetary orbital mechanics and geometry. The spring, or vernal equinox down under (austral, as opposed to boreal, up north) occurred at 8:44am on Monday morning.

I did quite a bit of ceremonial activity to usher in the coming season of growth, warmth and blossoming and to honour the equal balance of day and night, of yin and yang, of polarity and partnership, burning sage, chanting and offering my prayers to the Great Spirit, drumming and shaking my shell and gourd rattles, and playing my flute, 'Aihe-waniwa RuRu Kaitiaki Thunder-Song' to Black Elk's seven grandmothers and grandfathers of the four directions, above, below and within.

The day before the equinox I made a journey up onto Te Ahumata, a beautiful sacred mountain near here that I'd climbed with Liesbet two or three times. The magical week I spent back in late July was on her base, and there I really came to know what it feels like to be in a place that has lots of 'precious things' intact in the ground where they belong. Te Ahumata has lots of gold and silver, and is said to be the largest out-cropping of quartz in the southern hemisphere. I came down in almost total darkness, and was blessed with an awesome view of Venus in the west with the arc of the Milky Way and the Hunab Ku between Scorpio's stinger and Sagitarrius's tea-pot spout.  When I returned to Medlands, I went to the beach and was able to see the entire span of the Milky Way in her full splendour, as well as the large and small Magallanic Clouds...so inspiring!

On the equinox I also dedicated two medicine wheels. The first was a refurbishment of the one Liesbet and I made here about 3 years ago, with some new painted rocks; the second is a new one I made out at Sunbeam on the base of Te Ahumata. Nikki and I did a little ceremony around it with drums, shakers and sage.

Liesbet is at Arni's property on remote Flinders Island Tasmania, where our 'Mother Earth Temple' is located, and hopefully did some synchronized ceremonies and flute-playing in the kiva there for the equinox as well!

Spring definitely came in with a 'roar' yesterday, as a huge low-pressure system came down from tropics bringing almost hurricane-like conditions, winds over 120 km per hour and about 60 mils of rain in about 18 hours. I was somehow inspired to venture out into the blast...the rain was so hard I couldn't even see. I managed to get one photo as well!

Here's wishing everyone a WONDERFUL NEW SEASON, whether it's spring down under or autumn up north...may the beauty and power of being here now resonate in all of our souls, may we 'walk in beauty' and compassion, ask more of ourselves, and live simply so that others may simply live.