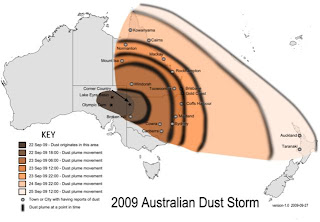 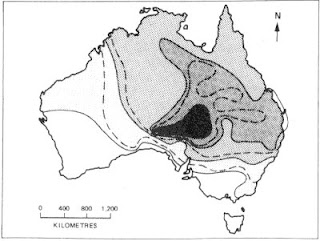 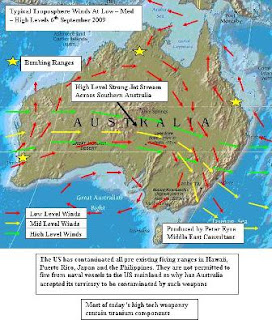 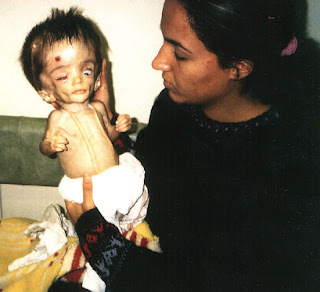 "In summary, the nature and potential effects of these dust storms are very similar to the problems that have been created in places like Iraq, Yugoslavia and Lebanon by the use of DU (depleted uranium), which is mine-tailings mixed with high-level waste from reactors, made into bullets and artillery shells. When fired they vaporize into clouds of radioactive nano-particles and spead on the wind."

Jeff Phillips
7 October 2009 Despite mainstream media response to the recent Australian equinoxious dust-storms, in particular, the ABC, assuring the public that this dust was 'safe', the reality is that enormous amounts of highly radioactive materials ARE in that dust. Film-maker and activist David Bradbury was Australia's only audible voice drawing attention to this scenario, affecting health both locally and globally. Thanks to the Coober Pedy Times for being the only Australian paper to give significant coverage to this, as well. For the full text of this article, focussing on Bradbury and his wake-up call, see http://cooberpedyregionaltimes.wordpress.com/2009/09/25/filmmaker-david-bradbury-red-dust-dump-originating-at-woomera-is-grave-concern-for-public-health/

Bradbury relates how these storms originated in the Woomera area, a remote desert area in the far north of South Australia, where the British government conducted above-ground nuclear tests. According to authorities involved in the tests and responsible for the after-math, around 18 kilograms of plutonium remaining from these detonations is unaccounted for. Translation: after the tests, it seems to have disappeared from where it was 'supposed to be' at the sites. Plutonium is a man-made element and is THE most potent and deadly substance known; it is lethal at the level of millionth of a gram. The dust was also known to contain large amounts of tailings from uranium mines in the path of the storm, including the Roxby Olympic Dam mine, scheduled for expansion into the world's largest extraction cavity diameter of 3 kms. Currently consuming/contaminating 30 million liters of ground water from the subterranean Great Artesian Basin PER DAY, this figure will rise to 100 million liters per day with the expansion. Australia is the driest continent, and severe drought is wide-spread. Bradbury's been generating nuclear awareness for years with excellent films like "Blowin' in the Wind" and "A Hard Rain", both state-of-the-art investigative journalism with some basic science education. He may not be a 'scientist' per se, but he's FAR MORE INFORMED than the 'mining industry patsy' that the ABC wheeled out to counter Bradbury's warning about radioactive materials in the dust. See the story for more details... So far abnormal levels of radiation HAVE been detected. Sources in Coober Pedy relate how mining engineers there tested the dust as "hot", and a friend of mine in the Flinders Ranges related that his Geiger counter started 'acting up' as the dust came through. "From September 22 to 24, 2009, Australia's worst dust storm in 70 years carried debris from the continent's interior into the coastal cities, including Sydney, and onwards, on Sept. 24-25, to New Zealand. The storm was about 1,000 km long and 500 km wide. A second dust storm hit Syndey early on September 25 and Brisbane by evening of September 26 - it was smaller than the first storm and measured about 200 km wide. The winds from both storms may have carried plutonium particles1 and there were speculations in the blogosphere that even other radioactive substances, like uranium from open mines and DU from military operations, were lofted from the interior. An article by news.com.au on Sept. 25 titled 'Are the dust storms radioactive? Australian scientists study Aussie dust from New Zealand' mentioned that a team of scientists had assembled to determine if uranium dust from South Australia's massive Olympic Dam uranium mine might have ended up in the red dust that coated the Australian east coast and New Zealand. (Filmmaker David Bradbury told the Coober Pedy Regional Times on Sept. 25 that the red dust from the storms likely contained plutonium from the Maralinga test site and uranium dust and radon from BHP Bilton's Olympic Dam, which is currently planning to expand into an open-cut mine larger than Adelaide, which Bradbury says 'will be one of the, if not THE most environmentally criminal act of any mining company in the history of Australia.')" READ THIS ENTIRE ARTICLE... http://www.idealist.ws/australia.php And check this out excerpted from an email to Bradbury from Middle East Consultant Peter Eyre: "On the issue of uranium mining, as Leuren has already pointed out to you, the ongoing secondary contamination is forever once urainum is unlocked from its natural state. Leuren knows first hand the long term health issues of the American Indians and the gross contamination of their land.......no doubt the Australian Government would be more than happy to do the same to the original dwellers of our land. Unfortunately as Leuren and others will tell you.....these aerosols are indiscriminate and therefore go wherever the wind takes them.
I have attached a wind flow chart that I did and you can see that even with this chart one could very easily create a huge dust storm.....its shows an area of low pressure in the Bight and a very strong high level jet stream running over the top from West to East...thats how easy it is.......add to this huge stock piles in the NT and the Dam area and one can see the fate that awaits our once pristine environment......"Australia the lucky country".
Finally the question of the 20 year contract with the US and other nations to practice live firings at many locations in Oz is an absolute joke. As an example pre the "Shock and Awe" attack on Baghdad...Lancelin was used by US forces to practice for that event.....as you already know we have also looked at a bomb/missile blast on Raymond Island that definately is not a conventional explosion and I also sent a photograph of an Oz F111 carrying a bunker buster etc etc......then you have the Government saying that they have given the US permission to import DU weapons but not to use them.....doesnt that in itself raise concern. Most of todays weapons contain uranium components either by Penetrator, Shaped Charge Liner or as a counterballance." And this from Friends of the Earth: "Up to 18 kilograms of potentially deadly radioactive plutonium has gone missing from the former British nuclear weapons test sites in South Australia.

(442.4371) WISE Amsterdam - Scientists preparing for the clean-up of the sites say their best guess is that the plutonium, which has a half-life of about 24,000 years and can pose a grave cancer risk, was blasted into tiny particles and scattered across the continent during non-nuclear "safety trials". Australian officials did not know that the plutonium was unaccounted for until the recent completion of a huge mapping program to identify how much rehabilitation was needed at the Maralinga test area.
In 1968 the authorities thought there would be about 2 kg of plutonium out there in the soil and the area surrounding the test sites, and about 20 kg of radioactive material in burial pits and otherwise under control. Now it is clear that those proportions are in effect reversed.
Britain told Australia that all but about two kilograms plutonium had been either removed or buried but British records of what went into the buriel pits are vague. Britain left "souvenir-sized" lumps of plutonium on the ground at Maralinga, with millions of more hazardous pinhead-sized particles scattered around three explosion sites. Plutonium-contaminated dust is the major health risk: if inhaled, it poses a serious lung cancer risk, and if it enters the bloodstream it greatly increases the risk of bone or liver cancer.
550,000 tonnes of contaminated soil will have to be dug up from areas at the Taranaki site, Wewak (DB notessites around SA I think..) and a third site called 'TM100/101'. The dust further afield is considered to be too widely dispersed and each grain too small to be of concern. After the clean-up, the land will be handed back to its traditional owners, the Maralinga-Tjarutja community.
The Maralinga site, 1,000 km north-west of Adelaide, was the site of the English tests between 1953 and 1963.
Sources: Pacific News Bulletin, July 1993 and Sept. 1995

In summary, the nature and potential effects of these dust storms are very similar to the problems that have been created in places like Iraq, Yugoslavia and Lebanon by the use of DU (depleted uranium), which is mine-tailings mixed with high-level waste from reactors, made into bullets and artillery shells. When fired they vaporize into clouds of radioactive nano-particles and spead on the wind. OK...enough for now. Will keep you posted as more unfolds. cheers jeff FOR MORE INFORMATION SEE THE FOLLOWING: