THE ENCKE WINDOW (PART 1): COMETS, ASTEROIDS and ROGUE CIVILIZATIONS - AN ON THE BRINK SPECIAL REPORT 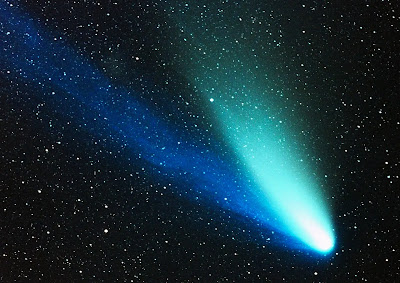 "Comet, comet shining bright
On the highways of the night,
What immortal hand or eye
Dare comprehend your starry sky?

Comet, comet shooting fast,
Borne in distant aeons past,
Bringing water, ice and stone,
And maybe life: are we 'alone'? 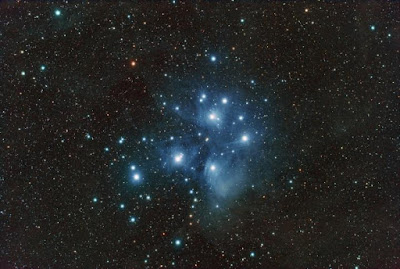 "Think of the Earth’s orbit as a kind of freeway on which we are the only vehicle, but which is crossed regularly by pedestrians who don’t know enough to look before stepping off the curb. At least 90 percent of these pedestrians are quite unknown to us. We don’t know where they live, what sort of hours they keep, how often they come our way. All we know is that at some point, at uncertain intervals, they trundle across the road down which we are cruising at sixty-six thousand miles an hour."

Welcome to broadcast #284 of On the Brink Radio, recorded beneath Grandmother Pohutakawa here on Aotea, Great Barrier Island, New Zealand. Today is the 111th anniversary of the Tunguska event, and this show is about what I am calling 'the Encke Window' and the huge role that comets and asteroids have played and continue to play in the existence, evolution and extinction of life as we know her here on the only planet we know for sure who has life as we know her. This topic is astounding in scope and significance for being here now, yet due to its somewhat heavy implications is not on the public radar or even on peoples' minds much other than mine and a few dozen assorted astronomers and paleo-catastrophists.

This area of inquiry is of great personal significance to me, and in honour of that I am working on a comprehensive blog post that will be in progress all this coming week. I will also being Part Two of this show next week, going into greater detail and sharing the work of some leading researchers in this area.

Encke was the name of the astronomer who first calculated its orbit, and it was the second periodic comet to be discovered after Halley's. Encke comes around every 3.3 years and at its brightest is almost visible to the naked eye. Of the thousands of comets known today, Encke is unique not only in the frequency and proximity of its terrestrial encounters, but more importantly, due to its peculiar orbital characteristics, unlike most of the other comets who pass within the solar system, it is not gravitationally affected by Jupiter or Saturn. These gas giant planets are major drivers of cometary and asteroidal perturbation and/or eventual ejection from the heliocosm, but Encke is immune to these influences.

Very interestingly, the Encke of today is believed to be a mere remnant or 'daughter fragment' of what was once a true super-comet with a nucleus of 100 km in diameter. This is an Earth-shattering story, forgive the pun, and I won't go too deeply into it here, but in my blog post and next week's show I will be elaborating on the work of legendary UK astronomers Victor Clube and William Napier, whose brilliant research paved the way for the whole 'impact origin of mass-extinctions' theory, which the father-son team of George and Luis Alvarez got most of the credit for. 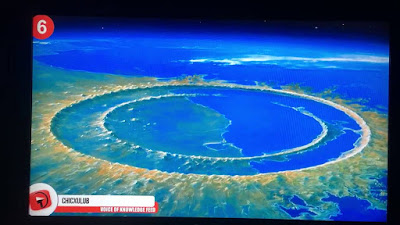 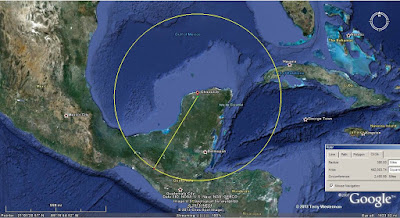 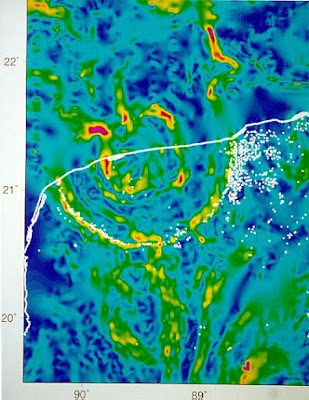 I am learning more about this every day, but as I understand it now, the Alvarez's work focused primarily on one impact event which is now known as the Chicxulub site on the Yucatan peninsula of Mexico, and is believed to be what triggered the mass-extinction sequence of 65-66 million years ago. The work of Clube and Napier, both of whom are professional astronomers unlike the Alvarez team, on the other hand, investigates a much bigger picture involving the origin of super-comets as a function of the sun's motion through the arms of the Milky Way. Clube and Napier's work, moreover, enables a degree of chronological awareness providing a predictive capability.

In a nutshell, the Earth intersects the orbit of Encke twice a year, which I am calling the 'Encke windows'. Right now on 30 June we are smack in the middle of one of these windows, which runs from late June into early July, and is associated with the beta Taurid and zeta Perseid daytime meteor showers, detectable by radar.  I am giving it a week each way, but what we're describing is a probability distribution more than an astronomical alignment. The other 'Encke window' is in late October and early November; this is when the northern and southern Taurid meteor showers occur.

These two periods of time are when the Earth passes through the path of all the fragments and debris that remain from the disintegration of the primary super-comet body; logically, these are the most likely times that we would experience an impact from any Encke-related object. 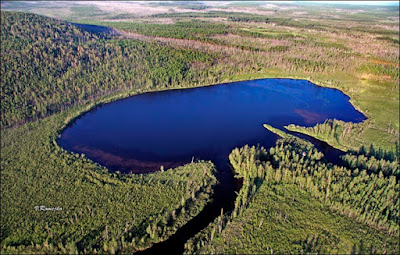 Note that today, 30 June, is the 111th anniversary of the Tunguska Siberia event, the largest explosion ever witnessed or recorded on Earth. Believed to be an airburst from an inbound comet or asteroid, entire forests were leveled and burned for thousands of square kilometers and seismic shock waves measured around the world. No object remained for examination, but a circular lake marks the spot today.

"One hundred and eleven years ago, [on 30 June 1908] hundreds of reindeer and a few dozen humans witnessed an asteroid impact—although they didn't know it at the time. An explosion left a scene in Siberia, Russia, with little evidence of its origin except flattening 500,000 acres of uninhabited forest, scorching the land, creating "glowing clouds" and producing shock waves that were detected around the world. Newspapers reported this may have been a volcanic explosion or a mining accident or—a far-fetched idea—that this might have been an asteroid or comet hitting Earth."

Two years ago a team of Czech astronomers published the results of their research which led them to believe that a great number of large daughter-fragments of Encke exist but are not visible to us due to being obscured by clouds of dust and debris, making another Tunguska-level event much more probable than had previously been believed.

I had a very freaky experience in 2015 here on Aotea. I'd been swimming with a pod of dolphins every day for a week right here, and was deeply connected with them...something I cannot put into words but could...and can...feel quite powerfully. One afternoon I had just returned from the ocean and was sitting at my art table when WHAM! Out of the blue this extraordinarily clear image appeared in my mind's eye, unlike anything I'd ever experienced before. I knew that this image had been telepathically transmitted to me by the dolphins (they are known for this kind of thing), but what really blew me away was not just that it was from them, but what it was an image of:  it was an impression of what a comet or asteroid might look like seconds before impact if it were on a trajectory directly toward the observer, that is, coming straight at you. Implicit in this transmission was not only that ancestors of the dolphins of today had witnessed something like this and had lived to share it (and now its stored within their collective memory) but even more significantly, that something like this was about to happen again in the near future. I can't give any dates or numbers but the message was clear as a bell and its urgency has stayed with me ever since it happened. 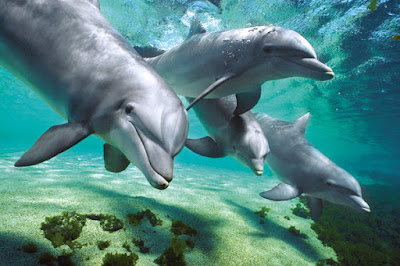 "SO LONG, AND THANKS FOR ALL THE FUSH!" 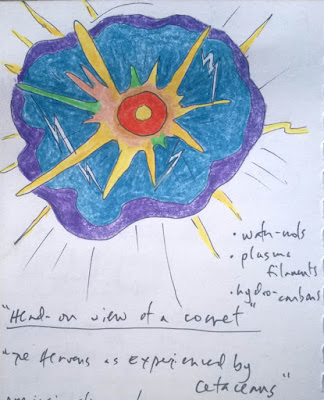 IMAGE TRANSMITTED TO ME BY DOLPHINS,
IMPRESSION OF SECONDS BEFORE IMPACT


[NOTE: I am working on a painting of this now!]

When did this transmission from the dolphins occur? On 25 October 2015, right in the middle of the Oct-Nov Encke window. 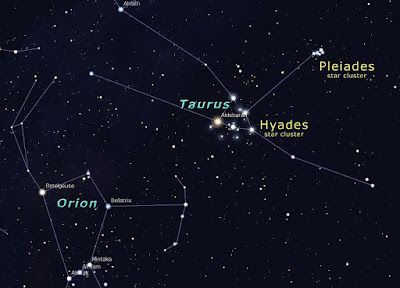 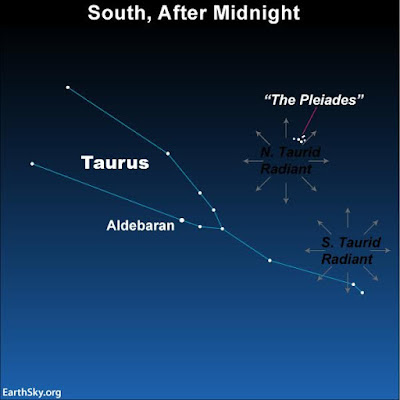 Right now here in New Zealand the Maori New Year called Matariki is being celebrated. Matariki is their name for the Pleiades, and it is around this time of year that they are seen to rise in the darkening evening sky. The November Encke window meteor stream of early November emanates from within the constellation Taurus, hence the name Taurids, and the Pleiades are the shoulder of Taurus the Bull. The June-July Encke window has Pleiades on the horizon, and the Oct-Nov window has them at the zenith. The Pleiades, or Seven Sisters, figure heavily in the mythology of many indigenous cultures, often thought of as 'where our ancestors came from.' Very interesting food for thought, the connections between the Pleiades, Encke, the origins of water and life as we know her...and the fate of civilization?

LISTEN AND/OR DOWNLOAD ANYTIME ARCHIVE LINK FOR THIS SHOW
https://soundcloud.com/user-708619507/on-the-brink-radio-284-encke-window 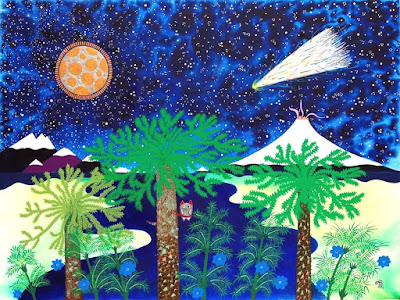 Posted by Jeff Wefferson at 2:00 AM