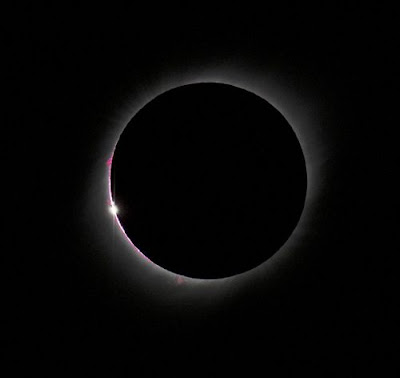 "As Steven Ostro of the Jet Propulsion Laboratory has put it, 'Suppose that there was a button you could push and you could light up all the Earth-crossing  asteroids larger than about ten meters, there would be over 100 million of these objects in the sky.' In short, you would see not a couple of thousand distant twinkling stars, but millions upon millions upon millions of nearer, randomly moving objects—'all of which are capable of colliding with the Earth and all of which are moving on slightly different courses through the sky at different rates. It would be deeply unnerving.' Well, be unnerved because it is there. We just can’t see it."

"Clear the battlefield and let me see,
all the profit from our victory.
You talk of freedom, starving children fall,
are you deaf when you hear the seasons call?

Were you there to watch the Earth be scorched,
did you stand beside the spectral torch?
Know the leaves of sorrow turned their face,
scattered on the ashes of disgrace.

Every blade is sharp, the arrows fly,
where the victims of your armies lie.
Where the blades of grass and arrows reign,
there will be no sorrow, be no pain."