AUSTRALIA TODAY: "THE GOOD, THE BAD...THE PARADOX...AND THE DREAM-TIME!" 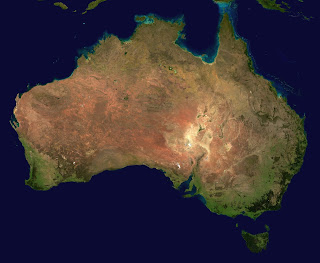 HAPPY 'AUSTRALIA DAY'!!!  Sending all my love and blessings to First- and Second+Nations friends, family, the oldest and most powerful landscapes on Mother Earth, all the dream-time ancestors and the Rainbow Serpent herself! And my dear friends in Tasmania who are battling out of control bush-fires at this minute!

Like Columbus Day in the USA, the 26th of January is celebrated in Australia in honour of when Capt. James Cook supposedly 'discovered' the land down under, as if there were no one there who knew it existed. Most of us are acutely aware not only of the extraordinary misrepresentation of reality this symbolizes, but that it DOES represent the beginning of what is still an unending full-spectrum war being conducted against the indigenous people, florae, faunae, and land-scapes of 'the lucky country' as some would have it.

The true story of Australia and my love affair with her will be the subject of one or more films and books that I will create over the next few years;  the good, the bad, the incredibly paradoxical contrasts to be witnessed and experienced there; the awesome beauty and power versus the unbelievable and unrelenting geno- and eco-cide being waged institutionally from all levels of government, bureaucracy and international finance. 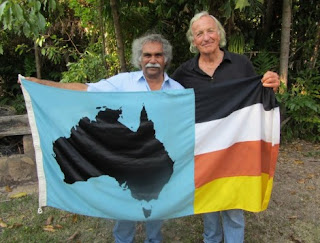 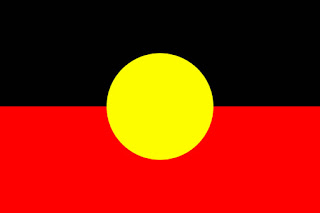 The 'real people' of Australia think of today as 'Invasion Day' in the same way that native Americans think of Columbus Day:  attempts by colonial imperialists to use 'calendrical warfare' as part of their comprehensive efforts to 'control history' and therefore the modern-day world-view. 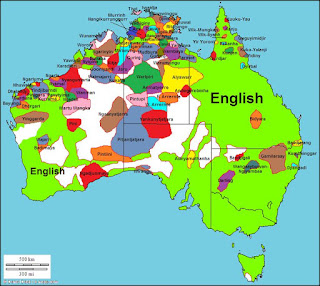 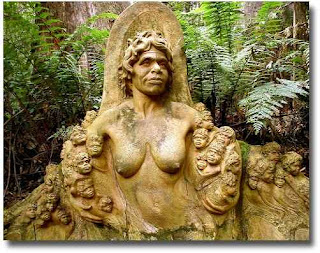 William Ricketts was an ardent friend and supporter of First Nations Australians who lived with central desert peoples off and on for over 30 years. He was inspired to become a sculptor to share the power and beauty of the the real people with the mentality of 'White Australia' who essentially were...and still are...clueless. The William Ricketts Sanctuary in the Dandenong Mountains east of Melbourne is a legacy and testament to the truly angelic nature of the dwellers in the dream-time. 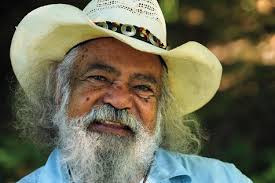 Uncle Bob Randall was the primary custodian of Uluru, a major Australian power spot and to me the red chakra in the body of the Rainbow Serpent. Uncle Bob was a very powerful spokesperson for First Nations peoples and a torch of true spirituality and compassion. I was on my way to the Central Desert to give him the rock I'd painted for him when I learned that he had passed away. When I visit Uluru in a few months I will leave his rock at the rock for him!

Please watch 'Kanyini', an excellent short doco on him and his message:
https://www.youtube.com/watch?v=fAOcfkcGDKA 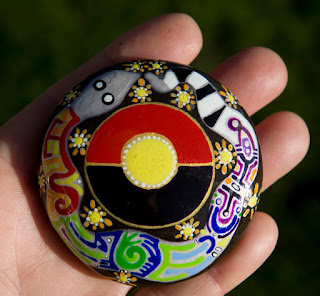 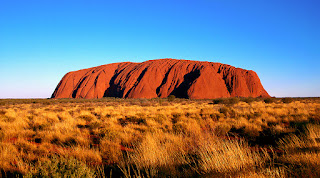 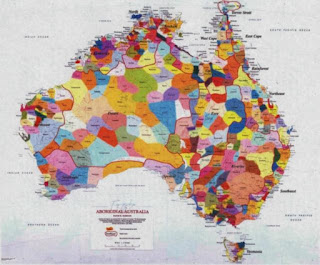 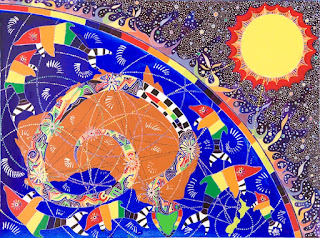 'CHAKRAS OF THE RAINBOW SERPENT 1' by JEFF PHILLIPS 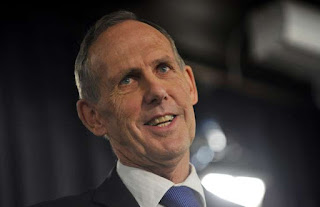 "Brown, who visited the coup with Bob Brown Foundation campaign manager Jenny Weber last week, said that the Turnbull and Hodgman governments are engaged in the deliberate extinction of vital habitats of threatened species including the Tasmanian devil and the world's largest freshwater crayfish, astacopsis gouldi.

"Within a day or two, Forestry Tasmania machinery, under the licence of Premier Will Hodgman and Federal environment minister Greg Hunt, will be polluting pristine Maynes Creek which is a nursery for the crayfish and then clear-felling the forest beyond which contains a healthy population of devils and tiger quolls. It is as if the global listing of Tasmania's treasured wildlife means nothing. Many months of appeals to reason by the little community of Lapoiyna is being treated with disdain.

"In terms of ecological wisdom, the Lapoiyna logging is a criminal act in the twenty-first century. It is the ministers, not the residents of Lapoiyna, who should be facing fines and jail sentences," Brown said.

“This destruction is in the service of corrupt-in-Malaysia logging company Ta Ann,” Brown said.

Very interestingly, not far from Lapoinya currently rage dozens of bush-fires ravaging hundreds of thousands of hectares of pristine forest including vast swaths of the Tasmanian World Heritage Wilderness Area.

Even more interesting...and quite scary...is that authorities announced several days ago that many these fires ALL STARTED ON THE SAME DAY, which means that they are deliberate acts of arson. A spokesperson for the Tasmanian Fire Service referred to "quite a number of fires that were lit on the same day and there is no natural cause that we can possibly put them down to at this point," he said. 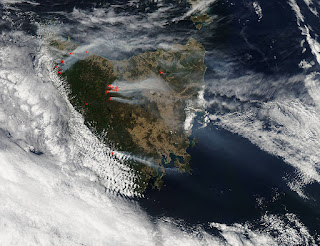 My prayers and blessings have been going out for my lovely mates who live in a small remote community near Cradle Mountain called Lorinna. They have chosen to send their wives and children to safety before the only access road might get closed off, and to stay and fight the fires and protect their homesteads. WOUTER AND BART SENDING YOU HEAPS OF LOVE MY BROTHERS...IF I WERE IN TASSIE I'D BE THERE TO HELP YOU! 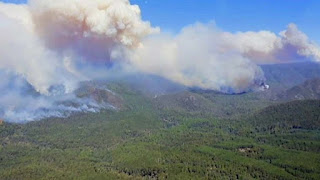 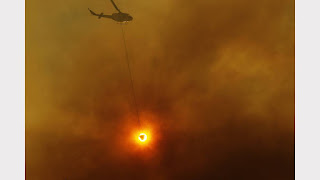 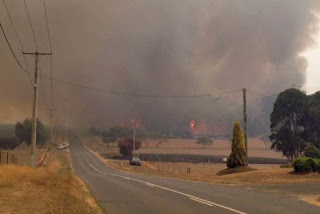 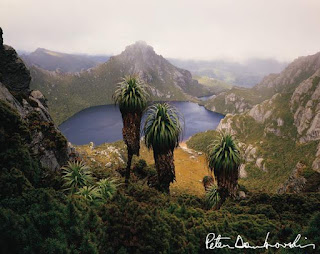 ONE OF MY FAVOURITE PHOTOS BY LEGENDARY
TASMANIAN PHOTOGRAPHER PETER DOMBROVSKIS 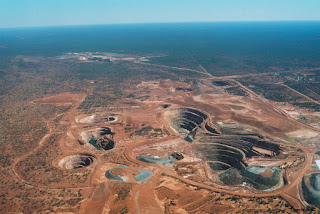 THE PAST AND FUTURE KINGS... 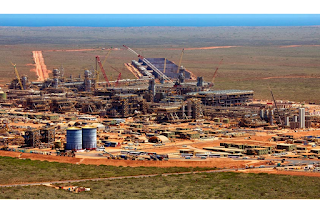 OF 'THE LUCKY COUNTRY' 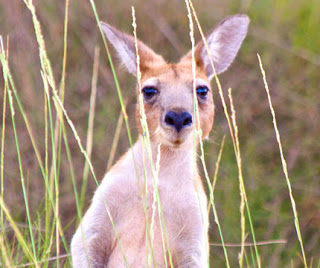 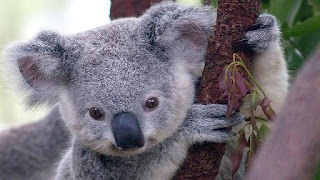 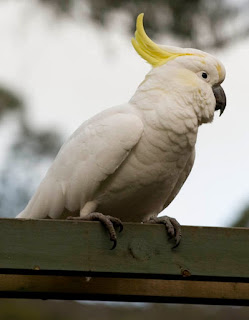 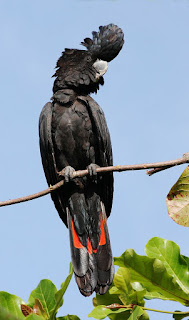 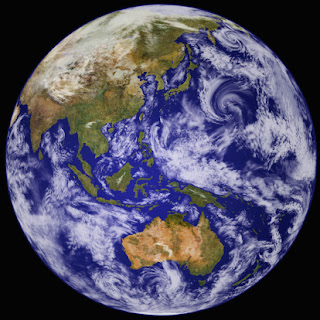 LIVE SIMPLY SO THAT OTHERS MAY SIMPLY LIVE

In this show, recorded on a beautiful hill-top on my friend's property in north-central Victoria, I talk about why I love Australia. I discuss my deep relationship with the oldest land on Earth, her indigenous people, the oldest surviving human culture, and their relationship with the ancestors of the dream-time, the whales and dolphins, and the Rainbow Serpent, an archetypal energy-guardian being found in the cosmologies and stories of many different tribes here. I mention the art of the Keringke Group, led by Kathleen Wallace, and a powerful synchronicity I have with them; I talk about the work of rock-art researcher/epistemologist Robert Bednarik; I talk about Australia's very unique Gondwanaland florae and faunae, especially the marsupials and eucalyptus trees. I relate the very special connection I've been having with the bird kingdom, especially the parrots since I returned from Hawaii, in particular, the white cockatoos and crimson rosellas. I mention the William Ricketts Sanctuary in the Dandenongs east of Melbourne, and two Tasmanian wilderness photographers, Olegas Truchenas and Peter Dombrovskis, who pioneered nature photography in Australia and used the power of their images to try to inspire people to love Mother Earth and act to protect her. I also discuss the whale-dreaming peoples, in particular the Darkenjung of the central east coast, and the Mirning people of South Australia, as I work to explore their knowledge and wisdom in m on-going work with 'aihe tohora paikea wananga', the 'knowledge and wisdom of whales and dolpins.' The show closes with brief interviews with my travel companions Wally the orca, Teddy the Tambo-Teddy-Koala-sheep-shaped-like-a-tooth, and 'Little Lamb' who lives here at Howe's Creek!

ON THE BRINK RADIO #123 STELLA WHEILDON


Many thanks to Stella Wheildon for her generous gift of several hours of sharing last week. She is a native of the Byron Bay NSW area who has been close to the Ngarakwal people and highly informed in women's law and dreaming for decades. She is equal parts indigenous liason, environmental activist and, very interestingly, archaeo-astronomer and 'star lore' researcher. Many strands of urgency come together in this interview, relating to the war on Mother Earth and indigenous people of land and sea, our violation of the Hopi prophecy, "If we dig precious things from the land we will invite disaster"; an understanding of the ancient song-lines and dream-time ancestors as expressions of cosmic forces and celestial entities, the awareness that indigenous knowledge and wisdom brings to bear on where we are now in space and time; the impending planetary cataclysm that indigenous people of land and sea are trying to warn us of, the nature of which is not even on our radar at this time. Particularly shocking to me were Stella's revelations about what is known as 'drone mining' which uses robotic technologies to automate every phase of mineral extraction, from digging the holes, transporting the ore, to refining and manufacturing. The Australian government has been investing heavily in these systems and they have been in use by Rio Tinto for over 3 years. This scenario is yet another 'brick in the wall' of the war on water-based life being waged by what Dr. John Lilly called the 'solid state entity' based on silicon and electronics/computers.

Posted by Jeff Wefferson at 6:39 PM No comments: