THANKS TO OUR FRIENDS AT 'UP OVER 'n DOWN UNDER' , CASTLE HILL & KAIAPOI 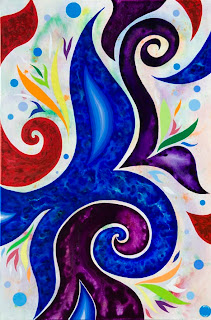 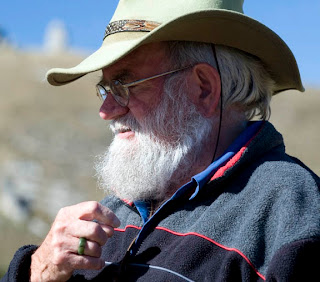 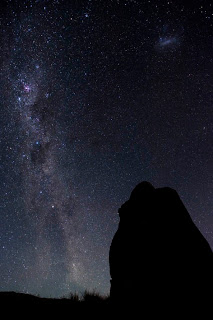 "We stand at the greatest cross-roads ever reached by human kind." Barry Brailsford

GREETINGS FROM CASTLE HILL on the stormy, wintry and wet south island of New Zealand. Liesbet and I are still here helping Barry Brailsford and Cushla Denton create an expanded web presence for their wonderful work which is based on the world-view and cosmology of the indigenous Waitaha peoples of Aotearoa.

Barry is a veteran speaker and the author of many books on the spiritual orientation of not only the Waitaha but humanity as a whole. Check out his new blog that Liesbet helped him to create. On here you will find his most recent writings as well as links to other blogs, his main site, and Facebook page.

I want to thank Barry and Cushla MANY TIMES OVER for years of inspiration and for the opportunity to help you and for your immense hospitality, support and generosity during our time here. May the force of Waitaha always be with you.

I also want to extend a huge "THANKS GIRLS" to the women behind what has to be THE coolest and most relevant internet radio show happening, "Up Over 'n Down Under"...Rose, Joy and Kat. THANK YOU GUYS ALL VERY VERY MUCH for all your wonderful contributions, dedication and hard work towards letting the truth be known! YOU ROCK!!! And soon each of you will have your own hand-painted rock that Liesbet and I painted for you!!!

The affiliated web-site founded by Rose is

I also want to thank you for giving me an opportunity to do some non-dictatorial talking...haha! I think a lot of 'talk radio' ends up coming across as just another product to be consumed, just a bunch of talk that ends up being litle more than a form of enter- or infotainment. I have tried to use talking on the radio and language itself as a vehicle of sharing, inspiration and motivation, not to tell people what to do or think but to present a coherent and integrated set of information to assist people in drawing their own conclusions, and hopefully renavigating their own human process towards actually using the best wisdom and highest knowledge we already have. KEEP UP THE BRILLIANT WORK.

JOIN US THIS COMING MONDAY 5 MARCH at 1pm New Zealand time for the next chapter of 'Up Over 'n Down Under' with co-hosts Joy and Yahdo, very speecial guest Barry Brailsford for the first hour, continuing his message about ancient wisdom, and Jeffrey Wefferson for the second hour, on 'ancient wisdom we can use.'

The link below takes you to the intro for this show:

To learn more about and down-load three of my musical tracks that have Barry Brailsford's spoken word on them, check out the links below:

Here is a new posting with soundcloud links for listening and down-loading these tracks:

1) "WALKING IN BEAUTY" "Walking in Beauty"...the opening track from a jam we did in Christchurch in May of 2002 at Duke Dixon's studio near Oxford, which became the "First Ancestor" cd. Ian McAllister, who co-engineered and produced, had recommended Dukes because he had the nicest grand piano, a 100+ year old Steinway grand, and around $50,000 worth of mikes. I invited sax player and vocalist Carmel Courtney (formerly of Hampster), and drummer Redford Grennel (formerly of Shapeshifter); none of us had ever played together before. Later I added in the simple bass part (in later tracks James Wilkinson put in some 6-string fretless) and some spoken word by south island metaphysician Barry Brailsford. The phrase "walking in beauty" is an English translation of a Hopi word I once knew but cannot remember...but to have one word that meant that is very cool eh?

2) "SONG OF WAITAHA"
This track opens with gentle piano arpeggios that make me think of a Celtic Cat Stevens. Barry's spoken word, from his Wisdom Walking series, 'Standing Tall in the Real World", takes us on a journey into the world-view of the ancient indigenous people of the south island. "The real world is immense..."

This is the last track of the "First Ancestor" cd...it's a 16 minute recapitulation of the whole previous jam. At around the 14 minute mark, after James Wilkinson's freaky bass glissando, it takes a turn for deep space...and ends up with time-stretched humpback whale sounds! check it out...("Sep Tepi" is the original world in the ancient history of the Egyptians...the "golden age" or "garden of Eden"...)

"We stand at the greatest cross-roads reached by human kind." Barry Brailsford

I took this star photo at Castle Hill last week. The big rock on the left is the grand-mother, her Waitaha name is Marotini. This is a 30 second exposure at ASA 3200 using a Nikon D700, 24mm lens @ f/3.4 About two hours after sunset; that's the Milky Way on the right and the Hunab Ku (Mayan name for the centre of the galaxy) is the bright spot just coming up over the horizon.

TO SEE OUR CASTLE HILL PHOTOS CHECK THESE LINKS:

And finally I'd like to introduce Liesbet's new blog...check it out!

And the beautiful painting at the top of this posting Liesbet just did for our friends Jack & Jenny...thanks to YOU GUYS, too.

Posted by Jeff Wefferson at 4:34 PM No comments: