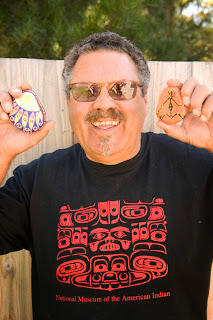 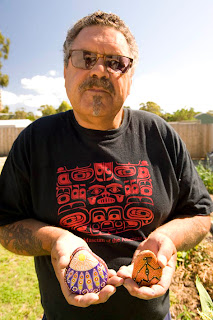 Mine on left, one from central Australian artist, 1996 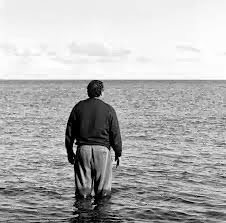 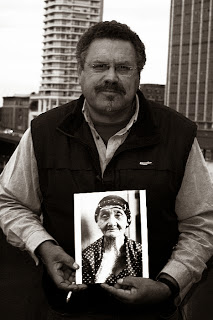 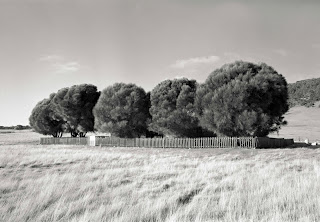 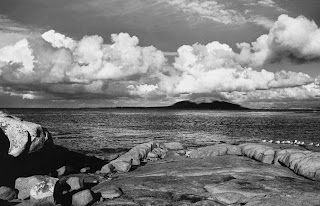 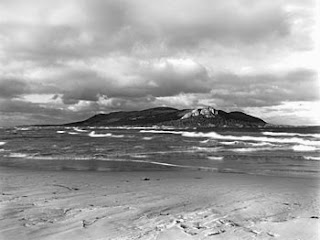 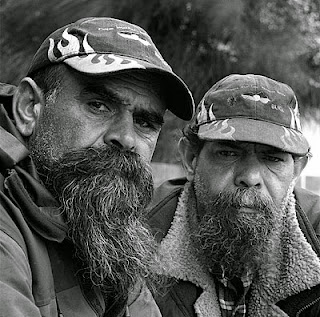 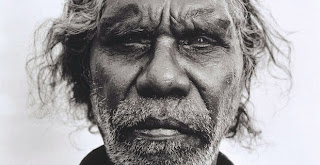 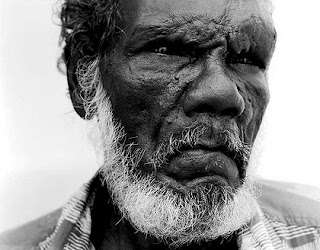 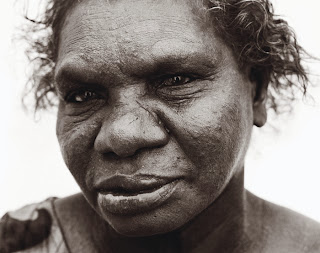 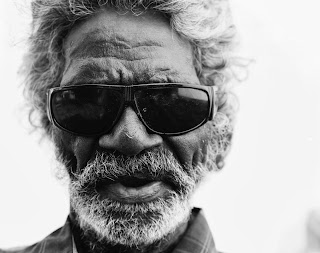 Ricky Maynard is an internationally-known indigenous Australian photographer and activist. Originally from northern Tasmania, he and his wife Anita were living on Flinders Island, Tasmania when we did this interview in February of 2013. Soon thereafter, the Maynards moved to Clark Island where they are working with indigenous youth who have been in trouble with 'white civilization.' In these interviews we talk about many things, from what it's like living on Flinders Island...regarded as 'the worst of the worst' places in Australia from the perspective of the indigenous people, from the days of 'terra nullius' to the not so distant past...to Ricky's numerous international sojourns as artist-in-residence...to various dimensions of photography and artistic creativity in general.
Ricky is very much a photographer of the 'old school', and in many ways could be thought of as the 'Ansel Adams of Australia.' He works almost exclusively in large format black-and white film photography, and his primary goal as photographer and artist is to tell the real story of his people, the indigenous people of Tasmania, who were subjected to the most brutal treatment of anyone in Australia. A big part of Ricky's story is dispelling the institutionalized myth that the indigenous people of Tasmania are extinct. They are, in fact, very much alive and well, despite what the 'powers that be' have tried to do for the last 200 years!
THANK YOU RICKY AND ANITA...KEEP UP THE GREAT WORK! :)

RICKY MAYNARD INTERVIEW WITH JEFF PHILLIPS, FEB 2013 (PART 1 of 2)
http://youtu.be/O90KWmYTtAQ
'ON THE BRINK' RADIO #49 (AUDIO OF SAME INTERVIEW)
TECHNICAL NOTE: Please forgive the poor audio quality, it has resulted from a video capture anomaly, have corrected as much as possible with EQ etc.
https://soundcloud.com/jeff-arohanui/on-the-brink-radio-49-ricky


ON THE BRINK RADIO #50  (Audio of same interview)

https://soundcloud.com/jeff-mahalocules/on-the-brink-radio-50-ricky
'PORTRAIT OF A DISTANT LAND'
http://www.abc.net.au/local/videos/2011/09/01/3307342.htm
'PORTRAIT OF A DISTANT LAND' Message Stick
http://www.abc.net.au/tv/messagestick/s…ries/s2377561.htm
FOR AN IN-DEPTH PRESENTATION OF THE REAL HISTORY OF AUSTRALIA SEE JOHN PILGER'S BRILLIANT DOCO 'THE SECRET COUNTRY'
http://www.youtube.com/watch?v=-j_r0Wgg0T0
DAVID STANNARD 'AMERICAN HOLOCAUST' (documents the genocide of Native Americans from the time of the Columbian invasion)
http://www.youtube.com/watch?v=Qra6pcn4AOE