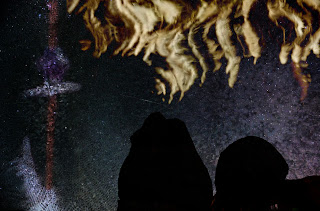 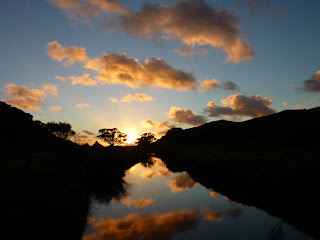 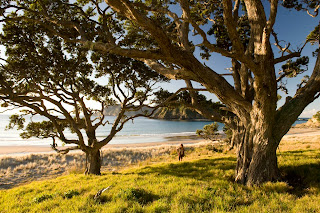 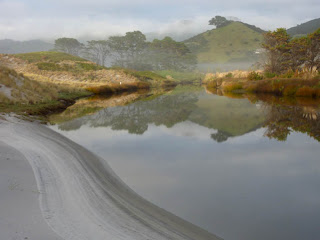 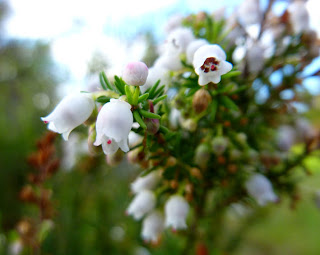 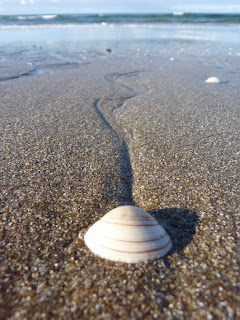 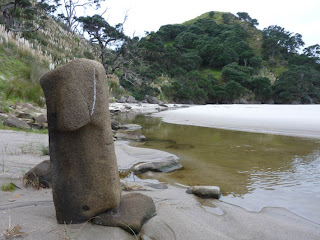 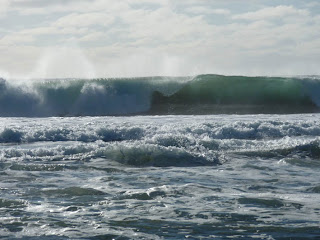 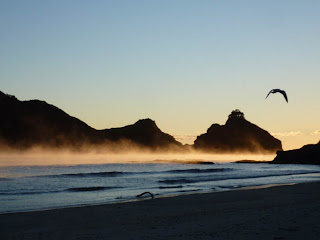 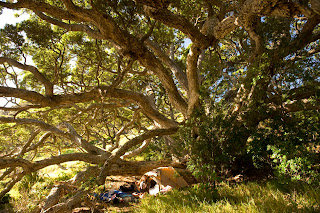 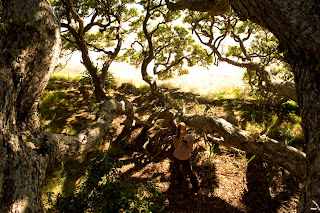 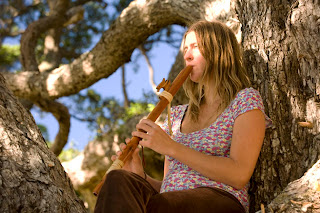 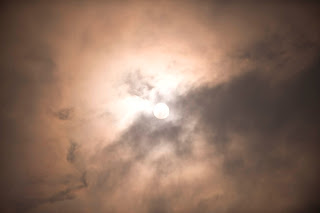 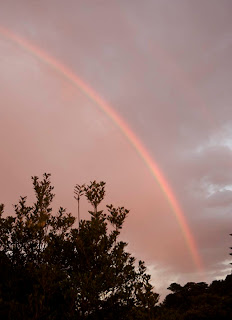 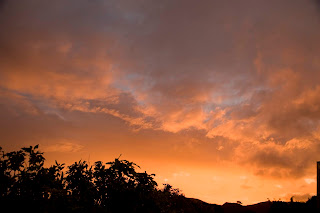 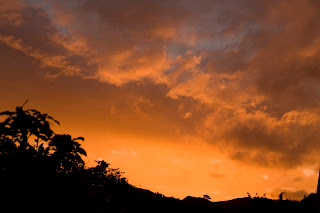 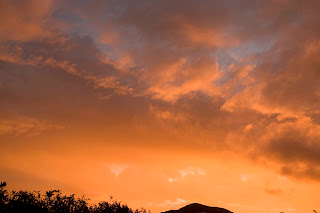 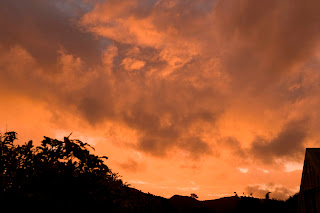 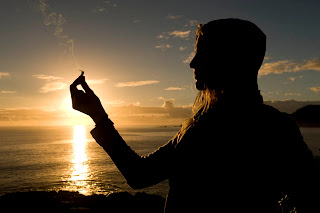 "MAKING SMOKE" with sage
At the edge...of what we know,
The problems of our current show;
To find solutions that we seek,
Improve the human drama bleak.

We must acquire humility,
A sense of the futility
Of human power and control:
We aren't the makers of our soul.

We're each unique, a special part
Of the total whole, the cosmic art;
The gift of life, together we
Can walk into eternity."
JEFF PHILLIPS (1999)

Greetings from Great Barrier Island, New Zealand.  Yesterday was a wonderful and remarkable day.  The cloud cover broke somewhat around the beginning of the Venus transit and we were able to get a glimpse of the disc, as well as some video footage, using layers of old x-ray film as a 'filter.'

We went back to see the huge grandmother pohutakawa tree at Harataonga, and sat where we camped before.  Liesbet played some flute and we had a wee jam.  We REALLY felt that power of this amazing tree, and as we were leaving I felt a very tangible 'communication' not only from the tree, but from the 'nemeton' of which she is a part.  'Nemeton' is a Greek word used by ancient Druids for 'a sacred grove of trees.'

Liesbet and I both felt extremely inspired and uplifted.  The whole day seemed to be alive with vibrations of people around the world not just 'waiting for something to happen' but actually 'making something happen' each in their own way.  Maybe this was just our own projection, but we hope it was a perception of something real.  We came home and made this little video.  As the sun was going down, we saw 'Aniwaniwa', a beautiful rainbow, and the western sky was glowing with a golden warmth.  And in the night we even had a visit from the thunder and lightning beings.

We realized that the single greatest thing that we must work toward as human beings is to resolve the tragic contradictions between what we know to be true and real, what we say we should do, on the one hand, and how we actually live, act, and relate to our fellow beings, human and non-human and to our planet, the home of all life we know.

You don't have to wait for a transit of Venus or an eclipse to have 'cosmic consciousness.'  Every minute of every day the cosmos is going off in all its amazing power and beauty, within and around us...we have only to open our eyes and hearts and awaken to the improbable awesomeness of being here now as part of the family of life.

We are ALL fellow travelers in space, time and consciousness, the passengers and crew of the most magnificent 'home-craft' that could possibly exist, Mother Earth.

OUR MAIN SITE with RECENT UPDATE including our 'mission statement':

CARL CALLEMAN ON THE VENUS TRANSIT